Being a country girl and a Pagan gives me the opportunity to aquire bones easily.
Since Im not a dainty or squeamish witch I welcome all bones
and put them to good use!
So lets talk about this a bit......
There is a great deal of misconception around about the use of bones in witchcraft.
Due mostly to Christianity and misinformation that comes from Morons !
Contrary to what they would have you believe bones are not exclusively used by
necromancers,nor are they most often used for "black magic".
In reality bones and horn are used by those of many
different paths.Healers, diviners,root workers,witches,
shamans, druids, and pagans all incorporate bones into
their practice. 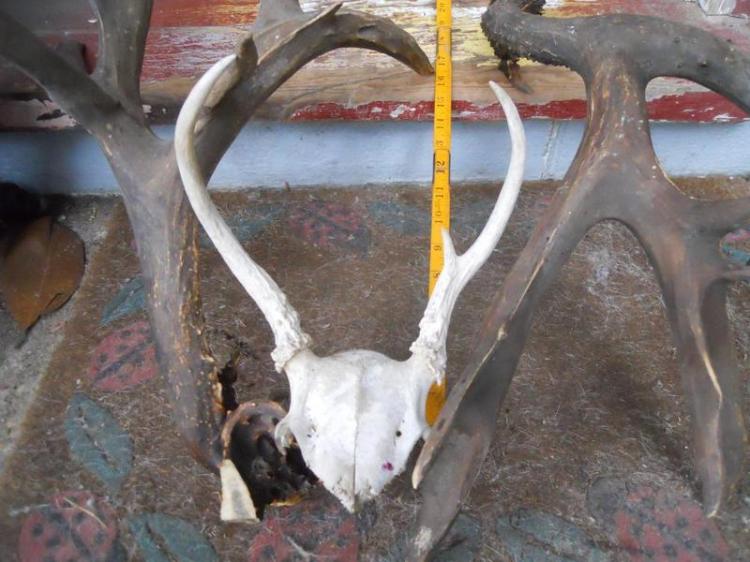 Skulls and bones are a simple way to connect with spirits
of the dead and of animals.In this I'm going to discuss invoking animal spirits and honoring dieties.

Bones act as a vessel for animal spirits to dwell in while you work with them.
This doesn’t mean that once used for this purpose the
spirit lives on in the bones.The bone is simply a means to
focus your energy and ground a spirit animal in this realm while you work your spell.
When used in this manner bones confer onto you the
characteristics of the animal you have invoked
and any of their other worldly/magical energy as well.
Bone jewelry is an easy and direct way of bringing bones
into your rituals and spell work.I have found that many
of my Witchy friends that don't have the stomach
for handling bones ,prefer jewelry.Another way of using them
would be rattles.These are used a great deal by Shamans
and Native Americans ,they are generally made using turtle shells,or skulls.

The skull brings with it properties of awakening to opportunities, longevity,

with Mother Earth and a deeper connection the environment. 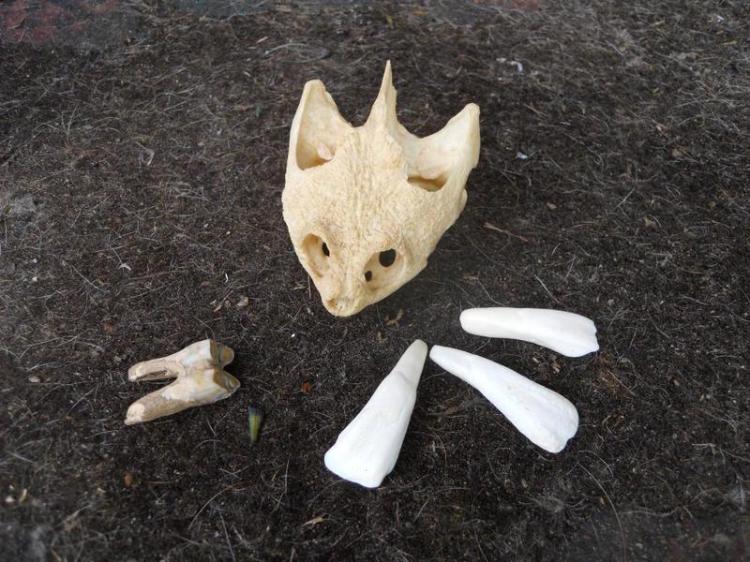 Little bones such as my vertebrae pictured below can be
tied together with cord or sinew forming a primitive rattle when shook ,hunters do this with Antlers all the time to summon bucks .
I actually used the bulk of my vertebrae to make a set of runic bones I use to scry with.

These are Deer vertebrae ,both the Norsemen and the Druids often tied deer bones to staffs ,stangs, wands.

They believed a deer or hart was capable of prophecy ,visions often occurred to them

in the presence of deer,Thus making these vertebrae perfect material for scrying bones 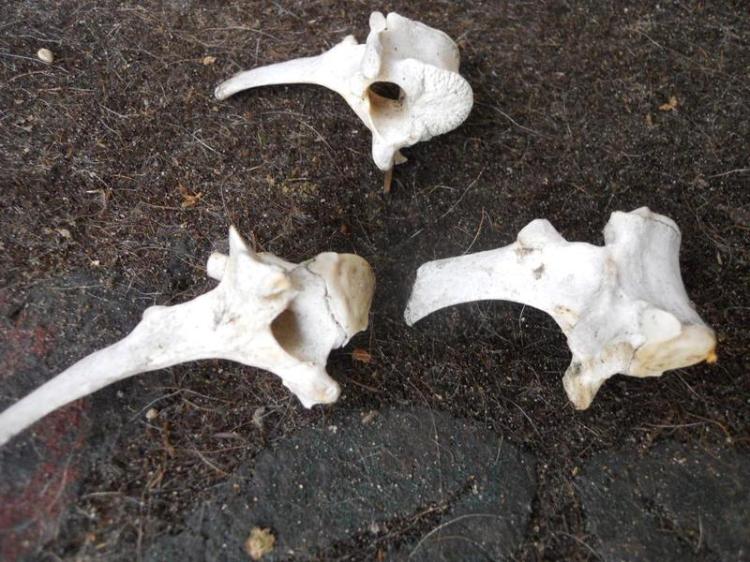 You can also combine different bones in such a way that you invoke the energy of a mythical beast such as a Griffin ,Chimera or Dragon.I tried my hand at this when I created my "Dragon Skull" pictured below.The skull is another Snapping Turtle ,these creatures are one of the fiercest I know of and have the properties of longevity and wisdom also.

When combined with the deers energy of prophecy and stealth I came as close to dragon energy as I could with the materials I had on hand. 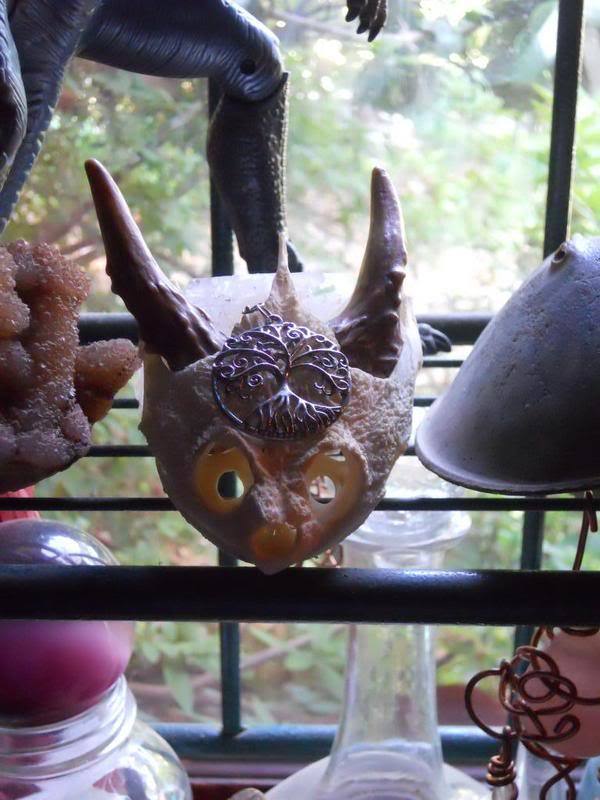 Some animals are known to travel between the realms
or have powers of transformation such as frogs,toads,
snakes,dragonflies, beetles, butterflies,or cicadas.
Their bones can be used in such a manner in spells.
I know your thinking ,bugs don't have bones ,
but that's wrong thinking.They have exoskeletons
which basically means they wear their bones on the outside.
These are the easiest of bones to acquire because during
the summer months the sun-dried carapaces are easily found
in parking lots,window sills almost anywhere you go.
I always keep an eye open for these and occasionally
freak people out when I scoop up a dead bug ,
whip put a container and pop a corpse in my purse.
Really its worth their faces even if I never used them !
These in the picture below are just a few of my creepies
from my potions table.The Cicada I use in spells involving
those who have passed over,the Beetles I use for in spells
of discernment and protection.I mainly use my butterfly remains
in spells that transform grief but they can be used in any
transformation spell. 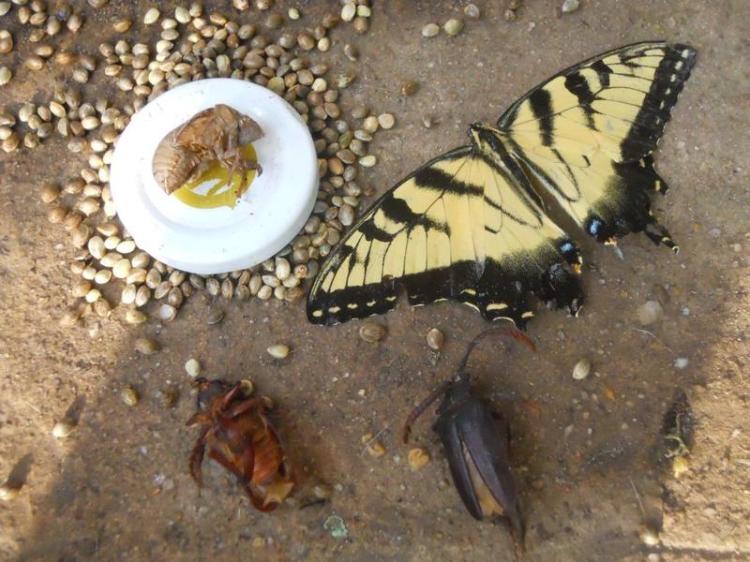 I cant really finish this up without a nod to Antlers and Horn.These are considered by most a masculine symbol.The majority of Gods from ancient times are depicted as having some form of horns or antlers. These can obviously be used as symbols of the Horned One and honestly that what I mainly use them for.They are easy for me to include in my indoor altar arrangements.

However mine (and most) are representative of both male and female forces since they are both phallic and crescent in their form,so I also use them in spells concerning opposing virtues . 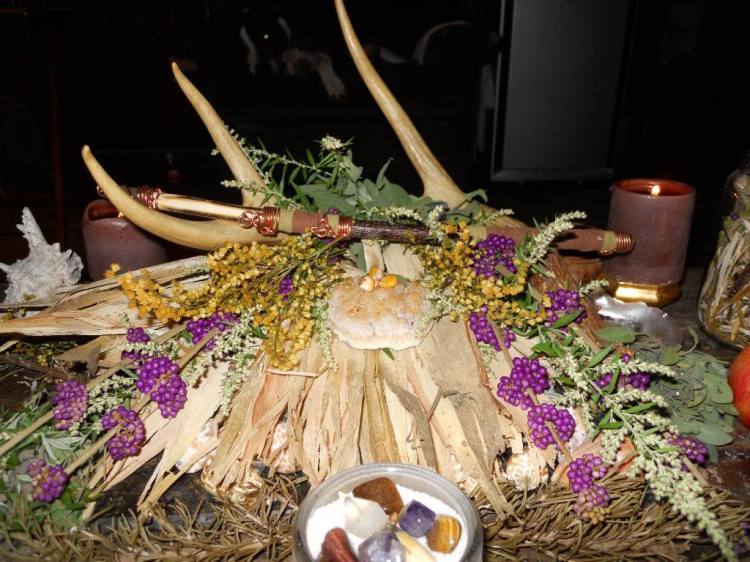 In times gone by Druids and Norsemen affixed Antlers to their staffs ,these were used as weapons ,tools of farming and in rituals calling on the old ones .

its a long held belief that Antler slipped under the bed will insure conception .Horn or Antler either one make wonderful responsive wands ,they do however tend to work better for men than women.

So there you have it a peek at my bones and a glimpse of how I use them .Until next time Blessed Be!