Destined In The Stars?

Some time ago, I had a spurt of interest in really digging my heels in my astrological chart. Albeit, it left me seeing stars, bearing quite a headache afterwards, with trines, conjunctions, houses and ascendants - making notes, footnotes and side notes, saving it all to resume at a later time when my head cleared and wasn't spinning. However, what I have learned thus far about the position of the heavenly bodies at the time of my birth is just too uncanny.

The Essentials Of A Witchy Wife Intro

This is an intro to announce a series I will be doing, entitled "The Essentials Of A Witchy Wife", which has been approved by Ms. Witch and it will be hosted at her The Witchy Wives Club group here at RP.  I didn't want to clog the group with intro/details of the series, so thus I'm presenting it on my blog here.

Yes, Ladies and Gents!  It's that time again. Mercury Retrograde, starts today and will go direct 2/11/15.

Now if I recall correctly. The last time I blogged about the Mercury Retrograde, I was undecided, if I wanted to shake Hermes hand or to punch him in the face.

Well, let's just say we had a couple of fire side chats since the last posting, that I no longer want to punch him in the face. Actually, I see him now, more like....hmmm... a Sage behaving like a Court Jester in…

The Crafty One - Homemade Yuletide Gifts

A real quickie here.  As I still have things to get done.  Like Pink Lemonade frosted Sugar Cookies and baked Jerk Chicken for a pot luck I'm attending to at work.  But just wanted to show a few things that just got completed.  There's more that I would like to show; crocheted hats and scarfs, but my little princesses who would under normal circumstances model them for me are still tucked away in their beds.  Lucky them.  No school, and they're taken full advantage of not having to wake up…

The Crafty One - Pine Cone Ornaments

Here is today's addition of homemade holiday ornaments.  This one is my most favorite! 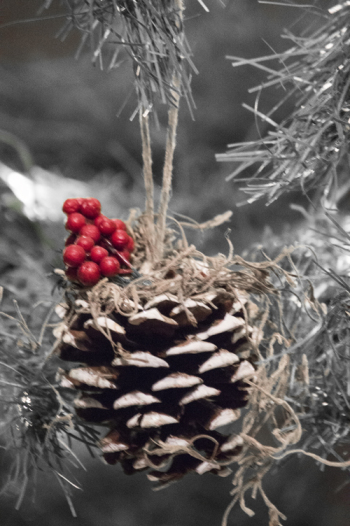 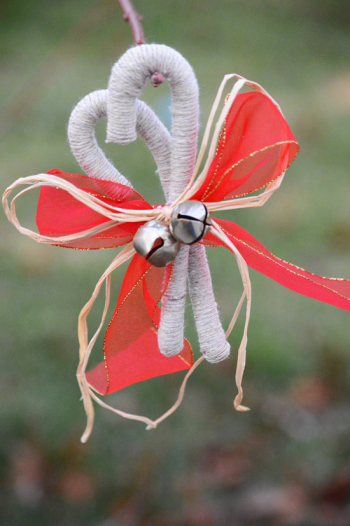 The Crafty One - Rag Ball Ornaments

Granted this blog post was inspired from two things.  First, from RP member Harobed, with her latest blog entry: Lets Get Crafty ......Refurbishing Xmas ,Cheap And Easy, and secondly, while crocheting gifts beside my festive holiday tree, adorned with all it's homespun goodness.  Is when I realized that I have some crafty refurbishing that I could share as well.  So in turn, I'm…

The Law Of Attraction Derailed

The Law Of Attraction Derailed

"The road to hell is paved with good intentions."

I'm sure we've all heard of this by now. It's the new thought, the latest catch phase. From Prentice Mulford Hicks. To the movie 'The Secret'. Pumped up by Oprah Winfrey and Larry King. Everyone knows this. From businesses, to mutual friends and family. To Christians, New Ager's, Witches and Pagans. It really needs no further explanation, because we all…

Linear thoughts has got me down.
While the world spins round and round.
Predicting snow, but then it rains.
One man's loss is another man's gain.
Such musings are quite insane.

One plus one, forever is two.
But what's good for me ain't good for you.
Though seasons come and seasons go.
Just surfing a chaotic flow.
The more we learn the less we know.

Success is failure inside out.
Good seed in bad soil can even sprout. …

Still feeling the effects of Mercury Rx. Just last week everything at work seem to go bust. Printer's lagging, jammed up with too much information; was at a standstill for 5 hours. Computer shuts down by itself, all email account information bites the dust. Had to call IT to get it resolved. Shipments coming in ahead of schedule, all at one time. Mind you having 10 shipments to come in with urgent requests to off load in the next 24 hours, along with our regular workload is truly a feat to…

Stop This Train! I Wanna Get Off!

I just found out that today officially marks the beginning of this year's 3rd Mercury Retrograde.

Now, granted I'm not always on top of, when the Mercury Retrograde is going to happen. 8 times out of 10, it usually catches me off guard. Then there are those times I've known about it beforehand and saw it coming. But this time. This time. It totally side swiped me; with a couple of good blows to the left and the right, completely knocking me on my backside. I was really beginning…

Who Is Flammeous {De Empress}?

It has recently came into my awareness, that I haven't put much out there on RP about me. I even went to check my blog entries, and YUP. I seemed to miss that part.

Growing up, the/a Lutheran church was like my 2nd family - just me attending, not so much my parents.  At least I had more pleasant experiences with people there at Church, than I did any where else. Outside from Church I had a really rough childhood.  I was bullied, picked on; an outcast with other children, in a…

This blog entry is tying into my previous blog The History of Obeah, in my quick attempt to explain more about "The First Hebrew Path to Obeah", that is mentioned at the link on that blog.  It also gives a little insight to the spiritual, Afro-centric path, of Rastafari, which I personally believe Obeah, and Christianization may have contributed to the path of Rastafari, but that's a whole other…

The History of Obeah

Since my husband (whose Jamaican), usually refers to me as Obeah.  I've been curious as to what that really is or means (aside from his quick definition of it).

So I've always been on the look out for any online information in regards to Obeah, and I can attest there hasn't been a whole lot of information online about it, as it is probably the most secretive and lesser known magikal practice around today.  Witchcraft is still illegal in Jamaica.  So, if you are in to that…

I admit it. I like to collect spells, magickal formulas, and herbal recipes (baths, incense, oils, powders). I'm sure I got a remedy to whatever ails ya. Magickally and medicinally. Some where around here.

Well, when I first went seeking, and not even necessarily 'The Craft'. I found myself even then, collecting spells and formulas, as if I was satisfying some obsessive compulsive disorder, like I had to collect them all like Pokemon. The more secretive and…

The other day, I had the most insightful thought.

See, I have gotten this really gnarly tooth infection - lucky me. Now, I'm not panhandling for anyone's sympathy here, as it's my own bloody fault for not taken care of it in the first place, and I'm left to pay the piper. Although your prayers for a quick healing, and the courage to take care of this once and for all, is greatly appreciated.

Phobias.  I tell ya. Can inflict more harm, than the original fear itself.…

What Is This Peculiar Dreaming Ability?

Since I can remember, I've always been interested in dreams. My interest grew in childhood, from having 'dream true' experiences. Although, I must admit, there's nothing really significant about those dreams to retell, other than I experienced it. I went on later in HS English class, to write up a paper on dreams and dreaming, and that was my first encounter with the thoughts and theories of Carl Jung and Sigmund Feud on the subject. Along with the scientific information to what happens…

This seems to be the newest topic of late, especially if you're a belly dancer, or if you're a 'white' woman. If you haven't read it yourself, you can find it here:

At first I wasn't going to feature a rebuttal here or any where else, because of the inflammatory so called journalism tatics that seeks to get the little…