Let me preface this blog by saying I'm not going to get into sex magic. This art is often abused and highly misunderstood, and it is not my position to advocate or dispute its validity.

The orgasm is one of the strongest physical, emotional and spiritual acts of which the human is capable. As practitioners of magic, when we have such a strong empowering force, why would we ignore its use? Orgasm, when properly used, is highly functional in the esoteric arts.

I'm going to give some ideas on how orgasm can be used to empower a magical work. This is not merely an act of sex, but one of focus, visualization, meditation and planning. This tool will be modified and used by the individual and is a highly personal form of magic, so take what I have to offer and modify to your own use.

When doing an act of magic that demands a specific result, requiring extremely strong empowerment, orgasm may be the way to accomplish what you desire. Such orgasm can be achieved between two people or by the individual, I would however advocate individuality in this pursuit, it removes variables that cannot be accounted for when more than one ego, mind and personality are involved.

The first thing you must do is to visualize the exact, specific outcome that you wish to achieve, whether positive or negative and whether dealing with self or another. When you have specifically visualized what it is you wish to accomplish or have happen, lock this visualization into your mind.

With the visualization firmly locked into your mind, as a single-minded focus of meditation, perform the act that is necessary to bring yourself to orgasm. Do not focus on the act, do not focus on the physical feeling, do not question or waiver in your desire to bring what you have visualized to reality. At the point of orgasm, do not lose yourself to the physical pleasure, but rather enhance the focus of your visualization, in fact at the point of orgasm you may call for this visualization to become manifest.

The witch may also study kundalini, the act of bringing oneself to the verge of orgasm, but not the completion. This art keeps the power of orgasm within the body, allowing for self-generated initiative. It generates a snake of power that empowers the chakras. This Hindu-based art is an extremely strong and effective form of personal empowerment. Again, this can be be accomplished solo or between two people, but as in the previous example variables are removed if the act is solo.

This is yet another tool that may be used by the practitioner, one that is very powerful and yet avoided through the man-made concept of morality. Are you a witch? Use your tools. 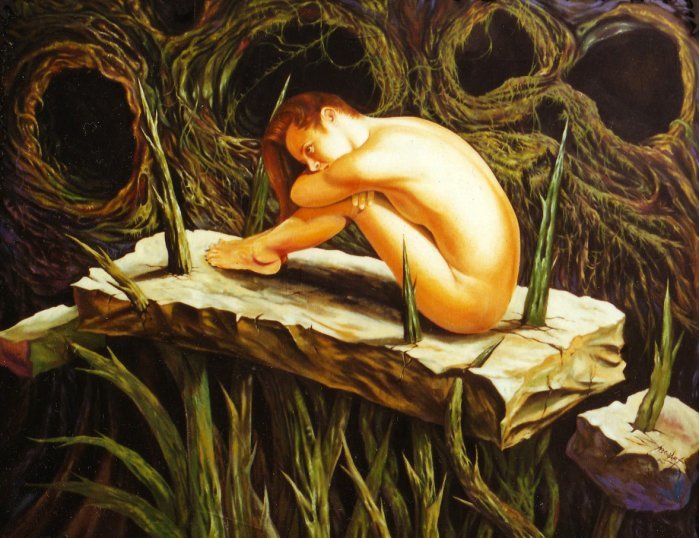 Permalink Reply by Tracy on December 4, 2010 at 11:24
Great post. Something that is so important to the Witch, but very rarly, if ever touched upon. Thanks..Lea

I wonder why this is posted in the shadows sections? It seems to me that this should be a fairly standard thought but maybe not.  While I understand the act of using orgasm individually, I have engaged in such spellwork in the past with significant others.  Sometimes with their knowledge (and hence their help) and sometimes simply without it (kind of like what a "psychic vampire" might do.  It is indeed a very effective form of energy manipulation.

There are several things which can enhance it too. Holding off the orgasm and letting it build creates more power and hence more effectiveness.  On the other hand approaching it from a ritual point of view and simply making the orgasm itself part of the ritual is another great aspect. In the case of using two people the ritual is extremely helpful if both participants design the ritual and use it as it helps bring both minds/egos together towards a specific purpose.

The most difficult aspect of this form of magic, at least for many, is to be able to achieve the amount of focus required to direct the energy during the orgasm.  This takes a lot of mental self control.  In the past I have worked in a couple situation where it was the power of the female's orgasm and the control/direction of the male's mind who had not orgasmed yet or the orgasm was being created via a non intercourse way (using toys and such).

Permalink Reply by Arimesis on February 15, 2011 at 10:26
Frater, My personal belief is that this is energy is quite tightly focussed and controlled, and if the energy is released in orgasm, with the purpose rather than the act or release paramount, it uses man's (woman's) primary directive of continuation and procreation as a primal power source. There is no more powerful energy in the realm of man. It is the power of creation itself, and can be shaped to create on more than the physical plane.

Permalink Reply by Ralakk Majere on February 15, 2011 at 12:41
Personally, while I somewhat agree wit arimesis, I think it is more the emotion which drives this particular form of magic, rather than that act itself.  I think its fairly well accepted that high emotional states lend to a great amount of power. and orgasm especially if its ritual and delayed may be one of the most emotional a human can achieve.

Adley, Everything, as scientifically proven, is energy. Energy cannot be destroyed but can change form. The charged release of energy in orgasm, raw energy, can be shaped in form through the will and intent of the individual or couple generating it. This highly charged creative energy becomes a powerful force for creation...or destruction, depending upon the focus of will.