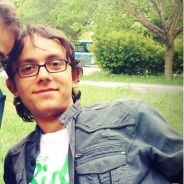 I wonder something: What does paganism think about science? or What does science think about paganism? Are they working together?

Hi, I am a random new person and have no idea how discussions here work, but I'll add my opinion:

Firstly, "Paganism" is such a broad term, this is pretty much like asking "What do Europeans think about science?" well... there are lots of people... and they're all individuals...

There's almost zero collective thought in Paganism -- it's a lot of individual paths and thoughts that are lumped together in one group.

Outside of that, I feel like a lot of pagan paths have no interference with science. Science always has problems with supernatural things, but most pagans tend to be scientific people.

Speaking from a standpoint of someone who both understands science AND practices magic, I can tell you that they can be pretty harmonious. There are even atheist-pagans and atheist practitioners of magic who believe magic is an extention of creative visualization/psycology, for example (and thus tend to believe it has a lot of limits).

But there are very rarely dogmas in most pagan paths that say that science is wrong or anything like that.

daimon I have to concur with Thaao  you have a number of types of science just as there a a number(to say the least)of branch in what  we will call the Pagan tree. now you weed out all the "Junk" science with Pagan pull all the playgan fruit loops an nut jobs out of the circle so to speak. Now the folks that are left most I think would tended to have open minds that seek out knowledge. after all if you look at an number of the working of science you have a great deal of trail an error just as in the Craft now I am speaking in terms of Witchcraft(part of my pagan world) where one has to work  at time viva experiments in order to find working spells at times it all trail an error just like science.

I dare say in the beginning I think you would find what is now Craft working an science both sprang for the same well of thinking to seek to find to understand.

Personally, I adore science and have since childhood. I think there is only a conflict between religion and science when a person or people attempt to take myths and stories as actual literal fact. This can happen in any religion.

Myths are a way of telling the truth in a poetic metaphor that speaks more deeply to a person's soul than a simple reading of history or listing off past events. People are storytellers; that's how we communicate.

Since I see the natural world as a sacred manifestation, science provides me with a balance to understanding and learning about it in a very deep, knowledgeable way. I also believe that a lot of what magic and mysticism are considered to be will someday (probably not in our lifetimes, but who knows?) be identified and recognized according to scientific principles. Some of this has started already. In many ways, magic is science that scientists haven't caught up to yet.

As for how science views paganism, that depends on the individual. Science has a method for examining and either accepting or reworking ideas until they reach repeatable and verifiable conclusions. I think that as long as religious or faith-based practices and beliefs don't claim to usurp science's role in what they do, it has no conflict. When a religious belief runs opposed to scientific evidence, and the religious belief is shown to be inaccurate, I think science has the higher footing and gets annoyed with the unwillingness of religion to acknowledge the revealed information.

There are a couple of posts (albeit relatively old ones) discussing this from some points of view already - one is Sangraal's Art of Science and Magic(k) post, which is utterly fantastic, and another is my own On Science post.

Feel free to peruse those, they may aid in answering some of these questions.

Personally, I've always been a fan of "religion explains the Why of something, and science explains the How of something" and I don't see many Pagans thinking that their path and science have to be separated. Even more conservative branches of paganism, like recon paths, use archeology to explain why their ancestors worshiped in a specific manner during a specific time. Many Pagans I know are scientists or have taken several science courses during school and enjoy the subject.

I don't think most scientists really care about pagans, mainly because they are way too busy trying to solve world hunger and other issues within their scientific field.

I'm pagan, I believe in gravity, and I've done a magic spell or two. Everything went a-okay for me.