Hi, everyone. I'm very new to the Pagan community (just getting my feet wet, really) so I'm excited to learn more about the various paths one can take. I'm 24, live in a very small town in the midwest, and I work in healthcare. I guess I should talk a little bit about how I got here, right?

I grew up in a (mostly) Christian home. I say "mostly" because my parents never really went to church often during my early years, but I joined a youth group with a local church when I was in junior high and went to church twice a week until I graduated high school. It worked for me... for a while. I had a lot of conflicting beliefs, including battling my feelings over my own bisexuality (which was confusing and scary as an adamantly Christian teenager, let me tell you) and my strong scientific view of the world. I've hit some rough patches (namely in the way of emotionally/mentally abusive relationships and dealing with anxiety/depression) over the past six years or so, and as I'm finding myself more, I've hit a bit of a spiritual crisis. When I look back on my religious life, I've found that I've never felt the Abrahamic God speak to me... I tried everything from daily devotionals to praying every night, but I never felt a real presence. I thought maybe I just wasn't doing it right. Maybe I had just lost faith and needed something to push me back. But I don't really... feel anything toward Christianity and if I'm totally honest with myself, I don't think I ever have. This is both a relief and a bit scary, but I'm working through it.

This led me to doing research into other spiritual paths. I have always felt very connected to the earth and so an earth-centered religion really appeals to me. Originally, I was drawn to Wicca (I am currently reading Wicca for Beginners: Fundamentals of Philosophy and Practice by Thea Sabin) but after reading through some posts here while waiting to be accepted, I've found that the idea of Wicca that I've gleaned from my online research so far may not be accurate (namely, I was led to believe one can be a solitary Wiccan but it seems that one must be initiated into a coven, which I wasn't aware of) so I'm learning, definitely. I chose this forum because it seemed that everyone here had pretty thorough knowledge on their particular subjects. I'm not sure what path I'll take at this point, but I'm pretty interested in Celtic mythology (my family ancestry is predominantly Irish) and I definitely like the basic fundamentals of Wicca that I've read about so far.

So yeah, that was a bit long winded but that's my story. I'm excited to meet everyone and learning more. We'll see where this new path leads me. :) 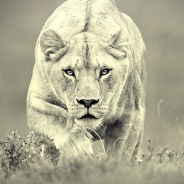 Hello and Welcome aboard!

There's something here for everyone.

Welcome to our madhouse.  I'm sure you'll find plenty of people here willing to help you find your way.  You might want to check out the group "Work in Progress" as it is where many of those newer to Paganism start to define what it is that they are looking for.  Lots of good folks in that group.

Thank you both for the warm welcome! And thank you, Lark. I'll definitely check out that group. :)

Permalink Reply by Charity on September 19, 2014 at 17:22
Hail and welcome! Blessings to you. I do hope you find what you are searching for!

May the fates be kind while you travel your path Xx